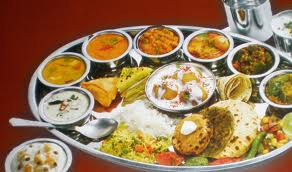 Having a meal in Vrindavan has changed from what it used to be a decade or so back; but the city still gives you the best opportunity to try out Indian street food. Today, restaurants in Vrindavan not only offer traditional Vrindavan style ‘satvik’ food, but also serve the North Indian, South Indian as well as international cuisines. While there are umpteen choices for the new age devotee to try in Vrindavan, one should never miss the sweet lassi and peda (Indian sweets) available at most of the restaurants in Vrindavan.

Explore more about Food in Vrindavan