Vrindavan is a small, close knit town in the state of Uttar Pradesh. It is known for being the town where Hindu deity Krishna spent his childhood. Here many temples, historical sites and temples are based on the childhood miracles and adorable activities done by Krishna. One of them is the Kesi Ghat, on the bank of river Yamuna, which is believed to be the place where Lord Krishna took a bath after killing the demon Kesi. Believers take a bath here to seek blessings of god and attain moksha. 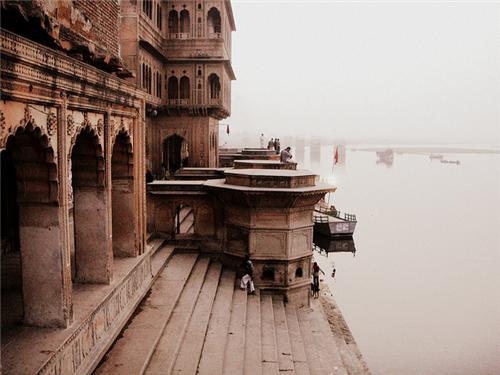 According to Hindu mythology, Krishna was announced by the divine voice to be the destroyer of Kansa, the most terrifying monarch of that time. Kansa upon hearing this prediction, decided to kill the child who was destined to be his destroyer. He ordered his faithful demons to go, find and kill Krishna. After many of them failed, he sent Kesi.

At Kansa’s orders, Kesi took up the form of a fearsome horse. Upon entering Vrindavan, he started terrifying and killing the innocent citizens. Krishna understood that the demon horse was challenging him to fight. Krishna took up the challenge and bravely stood up to the demon. As He called him to fight, the horse began to proceed towards Krishna. When Kesi reached near him, Krishna forced his fist into the horse’s mouth with full force. The horse felt great pain because the arm of Krishna felt to him like a hot iron rod. The unimaginable force of Krishna’s attack killed the demon. After its death, Krishna could easily take out his hand out of the horse’s mouth.

Later on, Krishna proceeded to take a bath in the river Yamuna, on whose banks, Vrindavan is situated. That place is now known as Kesi ghat. 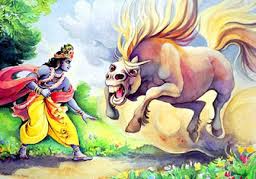 Kesi Ghat is probably the most scenic spot in whole of Vrindavan. Situated on the banks of the silently and majestically flowing Yamuna, this Ghat is a merging point of natural and human craftsmanship. The beauty of the Ghat is increased manifolds by the picturesque sunrise and sunset, whereas the carved thousand names of Radha, and the flawless structure of the ghat reflects and glorifies the mighty river.

Every day, 4.30 in evening, a ritualistic aarti is performed with proper rites by learned pundits, hailing the mother Yamuna. This aarti is a way of Vrindavan showing its gratitude to Yamuna for being their motherly force and also glorifies the bravery and greatness of Krishna for saving them.

Other activities at Kesi Ghat

Besides being a very popular religious spot, Kesi ghat is also a huge tourist attraction. Sages find this place very apt for meditating and any common man can enjoy moments of solace, introspection and peace, looking into nothing at the time of sunset.

Although, Kesi Ghat is not just peace and introspection spot, this place is also popular for boating. Boats and boatmen are available on rent before the time of aarti.

Via train: The nearest railway station is Mathura, from where the temple is just13.1 kms via the Mathura Vrindavan Marg.

Via road: The temple is most accessible via the NH2 or the Mathura- Vrindavan Marg.

Via air: The nearest airport is the Agra airport, from where the Ghat is just 72 kms, that is about 2 hours drive.