Vrindavan is a small town located in the district of Mathura. This is the birth place of Krishna and he spent his childhood part in this Vrindavan and surrounding areas. There are several festivals that are celebrated with great devotional feeling and energy with the pilgrims and local people throughout the year. Krishna Janmashtami is among one of this. This day is known as the birth day of Lord Krishna, though Krishna was born in Mathura city, however, it is also celebrated in this sacred town Vrindavan from the early days. With the time passing it is gaining more importance and new creativity is done every year on the patter of celebrating it. This festival is known as the most dynamic Hindu festival for Lord Krishna's birthday. 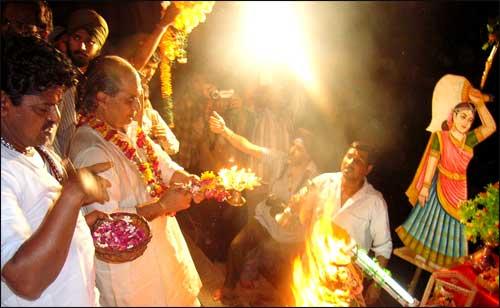 It is believed that Krishna is the incarnation of one of the Hindu Lord Vishnu. Lord Vishnu took incarnation in Mathura to end the era of various demos and evil people prevailing on Earth at that time. Kansa was the maternal uncle of Krishna whose acts were like demos and did not believe in humanity, his acts were damaging the religion and faith of God in people. He used to call him God of people and forced them to worship him as their God. To end this Krishna took birth in this place. Therefore, the birthday of Krishna is celebrated as the day of end of sorrow for the people of Mathura and Vrindavan and start of new era which is full of life and humanity.

Moreover, Vrindavan and its surrounding villages are the area where Krishna spent the major part of his childhood time, therefore known as the pilgrimage area and several major temples are located here. With the huge crowd of pilgrims gathering throughout the year adds additional energy and thrilling to this festival of Janmashtami. It is also believed that Lord Krishna had several rasleelas with gopis of the surrounding villages along with his beloved Radha. This town is blessed with more that thousand devoted temples to Krishna and Radha with other Hindu deities. 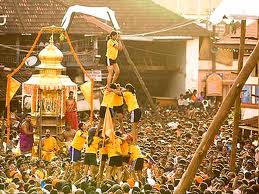 On the eve of Janmashtami whole of the Vrindavan town is decorated with lights, flowers, religious flags and temples are decorated with extreme decorating materials and offering prayers to Lord Krishna. There is an atmosphere of devotional prayers and songs that fills the entire Vrindavan with positive energy. This is among the biggest festival for the local people of this town. People celebrate this festival at temples along with their homes where they prepare delicious food and dress with new clothes and sweets are distributed all around the Vrindavan.

Like other festivals, Janmashtami also last for few days and preparations are made to celebrate in an unique, energy and different way from the last year's one. Various dramas and activities are performed which are bested from Krishna's life by the professional artists and local drama groups. This is the time when whole of the Vrindavan suffers with devotional sickness or fever which inspires people visiting from other parts of the country to feel the color of devotion within themselves.

This festival of Janmashtami is being celebrated since the birth of Krishna every year. During this festival several important temples are crowned and devotional bathing is performed which is believed as the important and significant ritual of this festival. Therefore, this festival teach pilgrims about the true relations and humanity along with living happily with everyone.