Gopeshwar Mahadev Temple, sanctifying the beautiful land of Vrindavan is dedicated to the Gopeshwar form of Lord Shiva. The temple is situated near Vamshivat in Vrindavan. Huge number of devotees come here to pay their obeisances to the Lord. Anyone who wishes to experience the bliss Raas Leela provides, must pray to Gopeshwar for inducing him into Sakhibhav.

According to legends in the town, Lord Shiva is considered the first Vaishnav ever and the guru of all Vaishnavs, because he is a devotee of Lord Vishnu, of whom, Lord Krishna is an avatar. In fact, It is believed that the relation between the two is mutual. While Shiva is devoted to Vishnu, Vishnu too, is a devotee of Shiva. Some highly regarded sages also say that these two are the same. Shiva and Vishnu are two forces of the same universe, the creator and the destroyer. This temple is also the symbol of the two sexual forces, and their entwined nature. In this temple, devotees worship the feminine form of Lord Shiva. 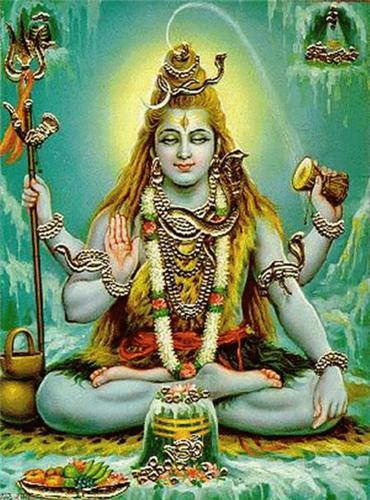 Krishna and his Raas leela is a universally known phenomena. Hindu legends say that, on the night of Sharad Poornima, when the moon was in its full blossom, Krishna along with Radha and sakhis was performing Raas leela, the Maharasa on the moonlit banks of Yamuna near Vamshivat in Vrindavan. Lord Shiva, the eternal devotee of Lord Vishnu, along with his wife, mother Parvati, arrived there to take part in rasa. Goddess Parvati was allowed to participate by the virtue of being a women, and hence, already having the Sakhibhav. Vrinda Devi, the deity of Vrindavan stopped Shiva on the outskirts of Vrindavan. Vrinda Devi told the reason of his detention that the main motive behind Raas leela is to please Goddess Radha, for which Sakhibhav is necessary. Goddess Parvati, being a woman, is capable of the Sakhibhav, but Lord Shiva is not initiated into the Sakhibhav, and therefore cannot enter the Rasa Mandal. Shiva could do nothing else but wait on the outskirts.

Determined to participate in the Rasa, Shiva tried to please goddess Radha and therefore meditated keeping Radha in his mind. Radha was very pleased with his devotion and sent her closest friend, Lalita to bring Shiva into the Rasamandal after initiating him into the Sakhibhav. Lalita went to the outskirts, met Shiva and explained the deepest secrets of the Sakhibhav. After which she asked Shiva to take a dip in holy Yamuna with full determination to get the Sakhibhav. Shiva took the dip and came out as a beautiful damsel. Lalita then took him to the Rasamandal. Krishna immediately recognized the new guest and called the female form of Shiva as Gopeshwar. Since Lalita helped him understand the secrets of Sakhibhav, Shiva considered her as his guru, the teacher.

It is believed that the Shiva linga of Gopeshvara has been installed by the Vraja Gopis themselves and worshipped him for the fulfilment of their desires of getting Krishna as their husband.

This temple beautifully puts forward the unity of both the masculine and feminine powers of nature. Here, the Shiva Linga, the symbol of male power is worshipped during the day, whereas, during the night, the time of the Raas leela, the linga is dressed like a gopi, with special shringaar ceremonies, and the gopi form of Shiva is worshipped.

During 6 am and 10 am the masculine form, the Shiva Linga is worshipped, whereas, the feminine form, the Gopeshwar is worshipped during 5 pm to 9 pm, after which the Raas Leela is assumed to have been commenced.